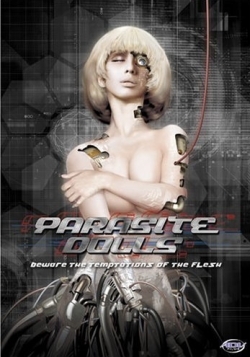 The story :
Megatokyo, 2034. The « Branch » is a special unit inside A.D. Police, in charge of the most delicate investigation about boomers, these highly sophisticated bio-cyborgs with human exterior, created by GENOM to satisfy all the humans demands, even the more disreputated. In point of fact, cases involving boomers become more and more complex and disturbing. Ultraviolence, maniac murders, drug smugglering and sex crimes… In the course of their inquiries, Buzz, Kimball and Michaelson, the Branch agents, are caught in the crosssfire : on one hand, GENOM, whose occult power protects her from any police investigation, and on the other hand, some politicians who take advantage of the growing insecurity to increase their influence, or maybe more… In addition to that, A.D. Police itself gets more and more corrupted and, thus, inefficient… 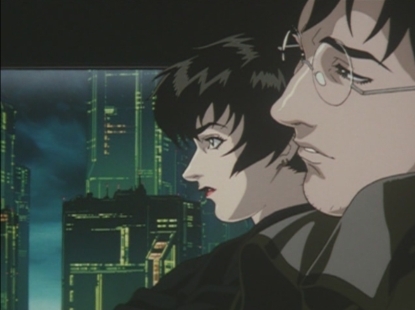 My point of view :
For cyberpunk lovers, fans of  Blade Runner, Ghost in the Shell, Appelseed, and of course  Bubblegum Crisis (2032  & 2040), Parasite Dolls is a must see. This 3X25 minutes OVA is the last of the Bubblegum Crisis licence, and probably the darkest. Violence, drugs, prostitution, corruption, the state of the society depicted in Parasite Dolls is declining to the lowest degree, and no ray of hope is in sight, as heroes struggle against an elusory enemy. The moral of the story is : trust no-one, because between boomers and humans, you don’t know who are the most dangerous. 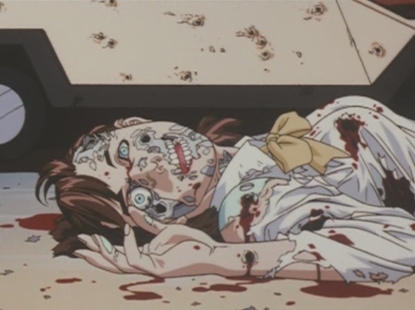 The three episodes come in a chronological order, making up a whole story, but they also can be seen separately, thanks to a very coherent plot. Add this to an efficient direction and characters with charisma, and you get the ingredients of an excellent anime – I really wish it had more episodes… 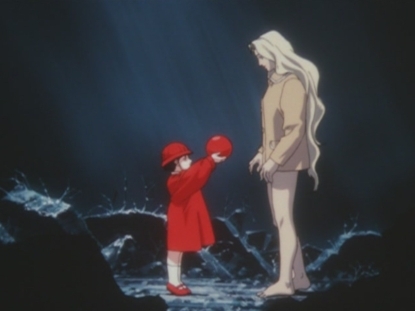 The first episode is a classic criminal affair, where boomers are involved. It introduces the main characters, members of the Branch : Buzz, a melancholical hero, non-violent, who wears no weapon, and seems haunted by his past ; Kimball, a boomer, intelligent and subtle, but who likes to carry big guns ; and Michaelson, the sexy and obstinate girl of the trio, and a skilled pilot. The second episode is my favourite, a masterpiece of its kind, dark, desperate but oniric : [spoil] a boomer, who works as a high-class escort, discovers she’s able to dream, and wonders if she’s become human, while she is chased by a mysterious killer – this plot is very similar to Blade Runner. In the third episode, the final curtain falls dramatically upon the characters, letting everyone wonder about the meaning of the conclusion. 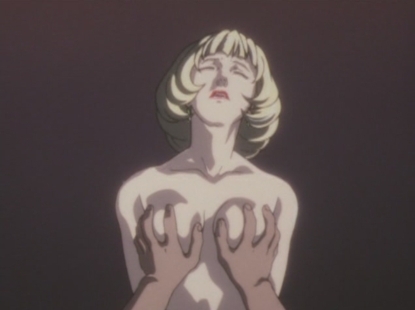 The direction is a mix of shock action scenes, dark and realistic atmosphere,  and intimist, sometimes even contemplative moments. The animation and design are somehow old-fashioned, but pretty good for an OVA. The realistic and adult character design ftis with a gloomy, paranoiac urban setting. I have to emphasize that the story goes right to adult themes, including sexual relations betweens humans and boomers. Therefore, Parasite dolls is for mature audience. 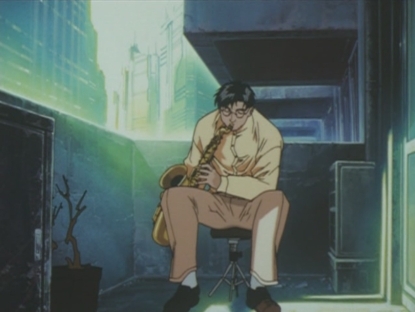 As a conclusion, I think Parasite Dolls hits the target : to reconstruct a coherent universe and a unique atmosphere, with only three episodes of 25 minutes each. It’s understandable even if you never watched any episode of the Bubblegum Crisis licence before. You will notice that Parasite Dolls was produced before Mamoru Oshii’s Ghost in the Shell : Innocence, so it cannot be suspected of being a copycat. Parasite Dolls has its own plot,  universe, and conclusion. And it deserves to be seen, beyond the Bubblegum Crisis fandom.

One Response to Ghost in the puppets : Parasite Dolls (translated topic)